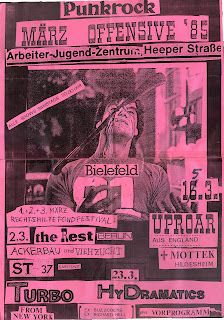 Here is a band no one seems to have ever heard of. I used to have this album on a tape but lost it a long time ago. I only have these first two songs from the album. Has anyone got it. I don't want to own the LP but some nice mp3s would be great.

The main person in the band was Geoff Freeman who in the early 1980s played guitar in RICHARD HELL's band and can be heard on some tracks on the Time CD. The drummer was Vinnie Signorelli who was later famous with the Unsane. The band released one 12"ep and two albums. On the 12"ep Steve Garvey from the BUZZCOCKS played bass. On the albums they had different bass players including Russell Berke who was at one time in Certain General.

The band were based out of New York City but were active in Germany and all their records were released in that country.

I've never heard the second album and would like to if anyone has it. It doesn't seem any of their records were re-released on CD.

**Note: after I posted this a long time friend in Germany emailed to say he had the first two records and would digitize them for me. Recently, he found the 2nd LP in a record shop and has also kindly digitized that for me. Here I upload the whole set for all who are interested.

Here's three shows from Canada's Teenage Head. These are all radio broadcasts and the sound quality on all is very good. 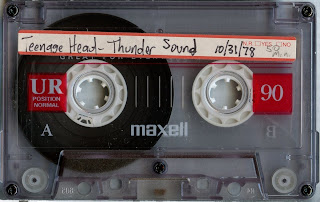 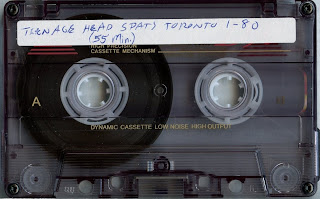 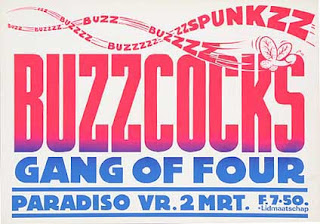 This is a radio broadcast and the sound quality is very good but someone did a terrible edit job on it.