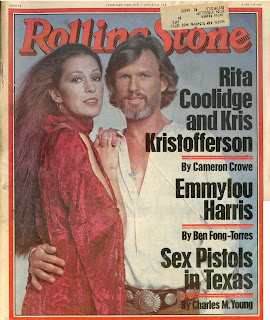 Here is an old issue of Rolling Stone magazine from early 1978. I've only scanned the stuff in it that will be of interest to Punk Rockers. 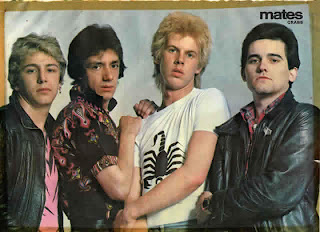 In 1979-1980 I bought the album Farewell To The Roxy and listened to it endlessly. I thought every song on it was great but my favorite one was the Crabs Lullabies Lie. In those years it was nearly impossible to find out any info on those smaller bands that seemed to only release one song on some comp LP or maybe a single before disappearing into obscurity. As far as I knew the Crabs never released anything else. At about the same time period I bought the Fulham Furies single. I thought it wan an okay Punk single but nothing outstanding. I never knew until the 1990s that this band was in fact the Crabs. Sometime in the last 10 years the Vortex show and Peel Session began to make the rounds of the trade circles and it was quite a joy to get a hold of these  in order to finally be able to hear more music by The Crabs. Also, some websites finally started to write about and supply loads of information of the Crabs history. In 1978 they signed to Lightning Records and were supposed to release an ep with the songs Victim, Blue Unction and Save My Skin. No record has ever surfaced so it is believed that it was never released. The band split up in July 1978 and the lead guitarist Ronnie "Rocker" Newson and drummer Ricci Titcombe joined Zorro. Zorro was considered a part of the emerging New Wave Of British Heavy Metal scene and released one ep in 1979. Two of the songs on the ep sound more in league with The Crabs than any Heavy Metal sound. On the Vortex gig The Crabs played with Sham 69, Jerks and Mirrors. The Jerks recording from this show is officially released on their We Hate You CD and there is a tape of the Sham 69 set floating around.