Eddie & The Hotrods often get lumped in with Punk Rock but basically came out of the Pub Rock scene in England in the mid-1970s. They certainly were more high energy that your average Pub Rock band. This show, I believe, features the classic line up playing songs from the Life On The Line and Thriller albums plus a selection of songs that were probably intended for a fourth album by this line up that never got released until the Curse Of The Hotrods album was released in 1990. 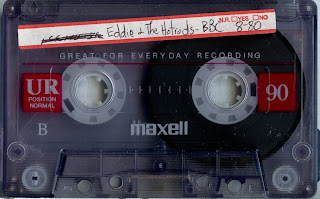