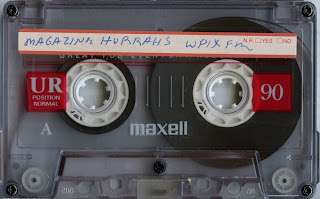 Here's one for the Post-Punkers. This is a radio broadcast and the sound quality is very good. However, there are a few spots were the radio seems to have lost reception during the recording. It's only a minor distraction, though.

This is L.A.'s Wasted Youth. They released one classic album in 1981 before line up changes and break up. The first album rough mixes have very good sound quality. All the songs from the album are here plus an extra take of Social Task. I think the mix on this sounds better than the officially released album. On the live show they are playing half an albums worth of new songs that never got released. The show was recorded from the audience and the sound quality is good. This is only 9 out of the 17 songs they played at this show. Does anyone have the complete show?