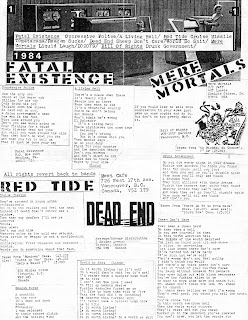 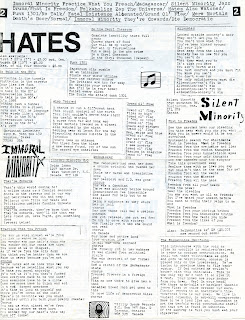 Like a lot of kids in the early 1980s, I was also in a band. That band was called Fatal Existence. The band only lasted from June 1983 to April 1984 and in that time we recorded one tape, which was released in September 1983, and played two shows. A few songs from our tape were used by the Vancouver Canada fanzine Meet Cafe on a comp. tape that they released at the end of 1983. Except for two U.S. bands all the bands are from Canada.