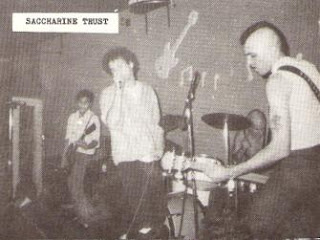 Here is the SST Records band Saccharine Trust live in Canada. On this show they opened for Black Flag and Nig Heist played as well. It was recorded through the soundboard and the sound is very good. Unfortunately, this is not the full show. Can anyone fill in the unknown song titles? 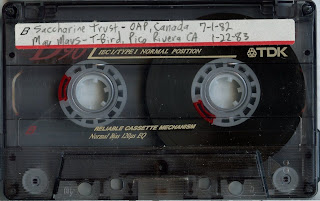 These Skulls were a apart of the Masque scene in Los Angeles California in 1977-1978 and in that time had only two of their songs officially released on What Records. This is a reunion show that was recorded from the audience. I don't know which original members are playing here but they do play some of the classic old songs and some interesting covers. Sound quality is good. 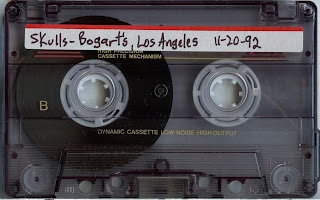 The Quartermanes were apart of the Punk scene in my part of the world in the mid-1990s and they were my favorite. They only existed for a few months, played only a few shows and recorded this one demo before disappearing. In that time period I did a radio show on the local college station and I interviewed them one night which I include here. Sound quality is very good.

After the Avengers broke up Penelope Houston quit Punk rock. In the mid-1980s she reinvented herself as a folkie and started a solo career. She released many albums before the Avengers reformed. This show was recorded by myself from the balcony of the DNA Lounge in S.F. using a boombox. The sound quality is good.