Here is the first Dils demo which was recorded in the spring of 1977. Three songs here  You're Not Blank (different version than the single), Blow Up (this version appears on the Rat Music For Rat People compilation LP that was released in 1982) and a song that remains unreleased to this day Folks Say Go. Not sure who the drummer is on this. 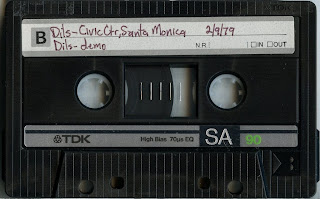