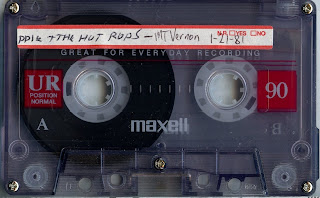 After The Heartbreakers split at the end of 1977, Walter Lure played and recorded through the late 1970s and early 1980s with several bands including The Blessed and The Incognitos. Two songs he recorded in 1978 (Seven Day Weekend and Too Much Junkie Business) didn't get released on vinyl until 1983 under the band name The Heroes which at the time was his current band. The Heroes of 1983 never released anything but someone was nice enough to to make this audience recording of one of their gigs. A few Heartbreakers songs are played, a couple of covers and a pile of new songs, some of which were only released in the 1990s on the Waldos Rent Party CD and others remain unreleased. The band: Walter Lure - Guitar & Vocals, Richie Lure - Guitar & Vocals, Danny - Bass, Billy Rogers - Drums.