Blood Circus were a Seattle band and released one album on SubPop Records in 1989. Slang was a relatively unknown band outside San Francisco but they were the best. The line up on this show featured Bomber and Barry who were previously members of RKL. This line up recorded a demo but never released anything. With different members the band continued into the early 1990s and were very popular in San Francisco. In the 1990s they released one or two CDs but with a different style than they play on this show. These sets were recorded from the audience and the sound quality is good. 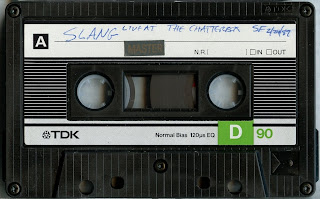 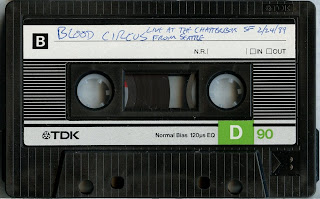 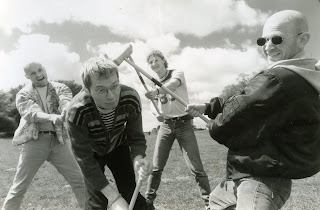 Heatfarm are a band from Denmark who have been around since the early 1990s. They have 3 or 4 CDs out in that time. This line up features Anderz on bass who is a former member of Enola Gay in the early 1980s and was a member of Misanthropic Charity in the late 1980s. One of their guitarists now is Lars who was once a member of Leben Und Leben Lassen. This was recorded through the soundboard and the sound quality is very good. 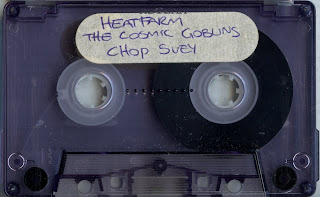