All active links and dead links have been remove from this blog. This blog will now only serve to acknowledge what has been recorded for historical sake. No new links will be added!
at 3:52 PM No comments:

Visit Noise Addiction 2 for new posts and some re-posts:

Visit Fanzine Addiction for new fanzine and magazine posts and some re-posts:

I've decided to end Noise Addiction blog and start a new blog called Noise Addiction II. This blog will remain viewable for the information that is on it but I will not be replacing any links. There are a few local and favorite shows I intend to move to the new blog but those will be my choices so please don't ask for any new links because none will appear. Everything I've posted here was downloaded by someone so the stuff is out there and I believe it is only a matter of time until it appears on other blogs so just keep your eyes open. I prefer to keep moving forward and posting new stuff.

I'm trying to use uploadmirror, though I don't yet understand how it works. I've re-posted the Jets post from here as the experiment. Go there and try it and let me know there if it works or not.
at 11:30 AM 6 comments:

Here's a great weekly internet only radio show that is playing rare live recordings made in the San Francisco bay area from 1979 to 1981. All shows are steaming so you can listen whenever you got the time. Bands played so far are Readymades, Contractions, Mutants, Avengers, Jim Carroll Band, SVT, Lydia Lunch, Dead Kennedys, Times 5, Lewd, Offs, Shakin' Street, Wreckless Eric, VKTMZ, Sudden Fun, Toots & The Maytals, Bob Marley and a few others. Most of these shows have never been officially released and haven't been in circulation in trade circles as far as I have seen. There's lots of good stuff so go have a listen.

Is it All Over Now? 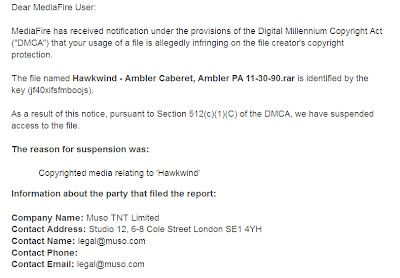 It seems that Mediafire has suspended my whole account over a single copyright issue relating to one Hawkwind post I made a while ago. I do have permissions from a good portion of the bands whose music I have posted but that doesn't seem to mean anything since, I guess, the music industry owns the copyright to all music ever created (including my own which I have posted here) in the history of this planet. Sending emails to Mediafire support to try to sort this out doesn't seem to do anything because they apparently ignore anyone who isn't a part of the music industry money machine. So, what to do now. Are there any file hosting sites that are not ankle-grabbers for the music industry? I hope everyone was able to get everything they wanted. 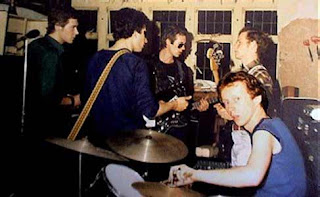 These Jets were from Luton England and are famous for appearing on the Farewell To The Roxy album in 1978. Also, in 1978 they released their only single as the Jets on the Good Vibrations record label. In 1979 they changed their name to the Tee Vees and released a single. For fun and a good listen I've collected all their available recordings - released tracks, demos and rehearsals - into one pile of Punk Rock (mostly) joy. Track 7 is made up of excerpts of three different songs spliced together. The track didn't come with titles so I made up titles based on what the singer is singing. Lots of great stuff here, shame there was never an album released. Sound quality is very good.

Johnny Moped! Audience recording! Slightly distorted sound! You need this! The Damned cover from this show has been officially  released on The Johnny Moped Bootleg Tapes Volumes I And II!