Anyone know if this album was officially released? I've been searching for a complete copy for the last couple years. I got these songs, which were posted by one of the band members, off of SoulSeek. Revenge 88 were from Belgium in 1981 and released two singles in that year. The a-side from the second single is here. The singer was previously in the band Stagebeast and released a now KBD classic single in 1978. The a-side from that single is also here. They also do a nice Demolition 23 cover song (Demolition 23 were ex-members of Hanoi Rocks paying tribute to some dead Punk rock heroes).

Here's another Cuddly Toys live show. This one is from after their second album was released and the only original member remaining was the singer Sean Purcell. One of these songs, Angel Toys,  never got released, I don't believe. This is a soundboard recording and the quality is very good.

Who doesn't love the Boys? Here's two shows, one from their beginning, 1977,  and one from their end, 1981. Both were recorded from the audience and quality is a bit raw but still fun to listen to. I wish I could have been at both of these shows.I guess the Retford show was at Porterhouse but am not sure as my copy was not marked with a venue. 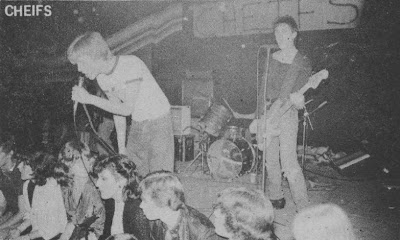 Here's a raw set by this Southern California band that was recorded from the audience.