Here's two bands that were from my hometown in the 1990s. Two of the few. Both bands shared the same singer. Kung Fu Monkey Patrol were only around for a very short time playing only a handful of shows and never releasing anything. Their sound is influenced by early 1980s American hardcore and some of their songs have Ska parts. suburban Youth were influenced by early Seven Seconds and Minor Threat. They were around a couple years and recorded two demos and had two songs on a local CD comp. I recorded this show from the audience on a boombox and the sound quality is good. 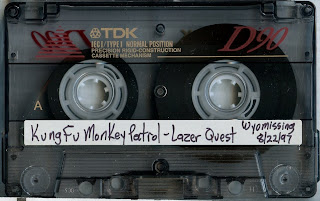 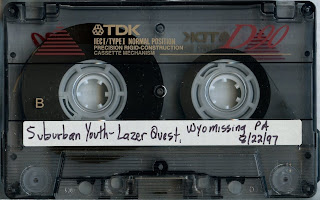